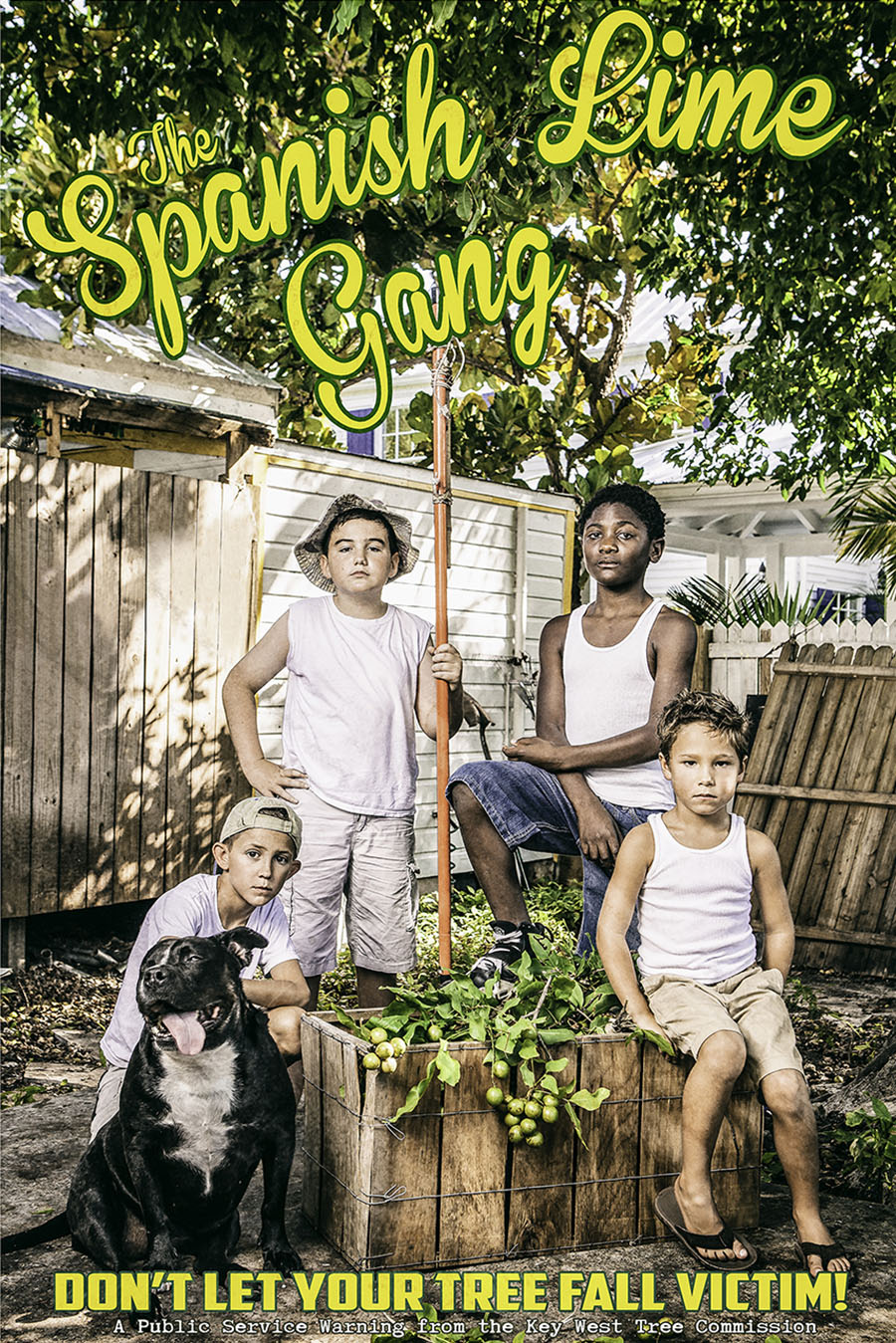 Our feet hit the ground, sweat stings our eyes, our fingers are sticky and sweet. We pull ourselves up and run down an overgrown alley. Our laughter fills the air, blending with the thick humidity and night blooming jasmine. Miles and Cedric are halfway down the alley, figures barely visible in the shadows. I’m the slow one but I don’t care, when you’re 12 years-old you can run all night.

We settle down behind an uprooted coconut tree and dive into our bounty, the sweet spoils of our hunt, the Spanish limes.

Miles cracks three open and shoves the seeds into his mouth, his face goes slack as his eyes glaze over in a sugar high. Cedric throws me a handful. I place one between my teeth and gently bite down. The shell splits open and the sweet pulp fills my mouth. This shit is crack. Seriously. If you don’t know, you’re missing out.

El Diablo, the biggest, baddest, meanest Spanish lime tree on the island. Pulled from the ground by the Devil himself, its canopy stretches the width of a block and, come July, thousands of perfectly ripe Spanish limes.

The tree sits on the corner of Poor Man’s Lane, behind a tall white picket fence and a painful maze of thorny bougainvilleas. It’s looked after by an old woman. No one knows her real name, we call her Dead Eye Dottie. She has one glass eye, and we’re fairly certain she’s a witch. Miles swore he saw her flying across the sky one night on a Cuban mop, pink muumuu flapping in the wind. Her hands are gnarled and twisted like mangrove roots, and every single day, hunched over an old broom, she sweeps her yard and sidewalk, once in the morning and then again at dusk. Even the sun is afraid to set before she finishes. It’s the cleanest yard on the island, a perfect oasis of green, and she suffers no trespassers. She sits on her front porch, Daisy 840 AirRifle with a Navy SEAL Sniper Scope resting at her side (Miles looked it up in the Sears catalog). Birds, lizards, dragonflies, nothing escapes her aim, and whatever isn’t finished off by the pellet gun is left to her dog, Bubba. Head like a cinder block, an island mutt through and through. Half pit bull, half iguana, half hellhound. But we don’t care. This tree is our holy grail, our ark of the covenant, our temple of doom.

We crawl under the wrought iron fence around the cemetery, and make our way through the gravestones, passing our ancestors and all those who have come before us.
We clear the final canopy and stop in awe. El Diablo towers in the sky, lording over the island.

The street is quiet, too quiet. Dead Eye Dottie’s house sits under a single street light that spills across the lawn in a sickening yellow. The windows are closed, and the curtains are drawn, but we know better. Dead Eye Dottie and Bubba are waiting for us. We’re not the first to make a run at the prize. Pooky still has a pellet lodged in his shoulder blade. Chucky earned a trip to the ER and a dozen stitches. And our friend Travis? We don’t talk about what happened to Travis.

We duck back down and go over our plan. It’s a three pronged attack. Miles is the fastest, the only one who stands a chance of outrunning Bubba so he’s the distraction. He’ll go in through the front, he’ll be sneaky but not so sneaky that he won’t be noticed.

Cedric and I will sneak in and take the tree from the rear. Cedric is the best climber. He’ll help me up the tree first and then climb ahead of me and make his way along the center branch that stretches the width of the yard, filling his backpack as he goes. Once he reaches the end of the branch it’s a “smallish” jump (and by smallish, I mean 15 feet) to the sidewalk.

And me? My job is basically to be the lookout, grab any low level fruit I can, and make my escape once Cedric is in the clear. It’s a good plan. We’re proud of it. We’re the kings of the island. Brave. Untouchable. And scared as hell. 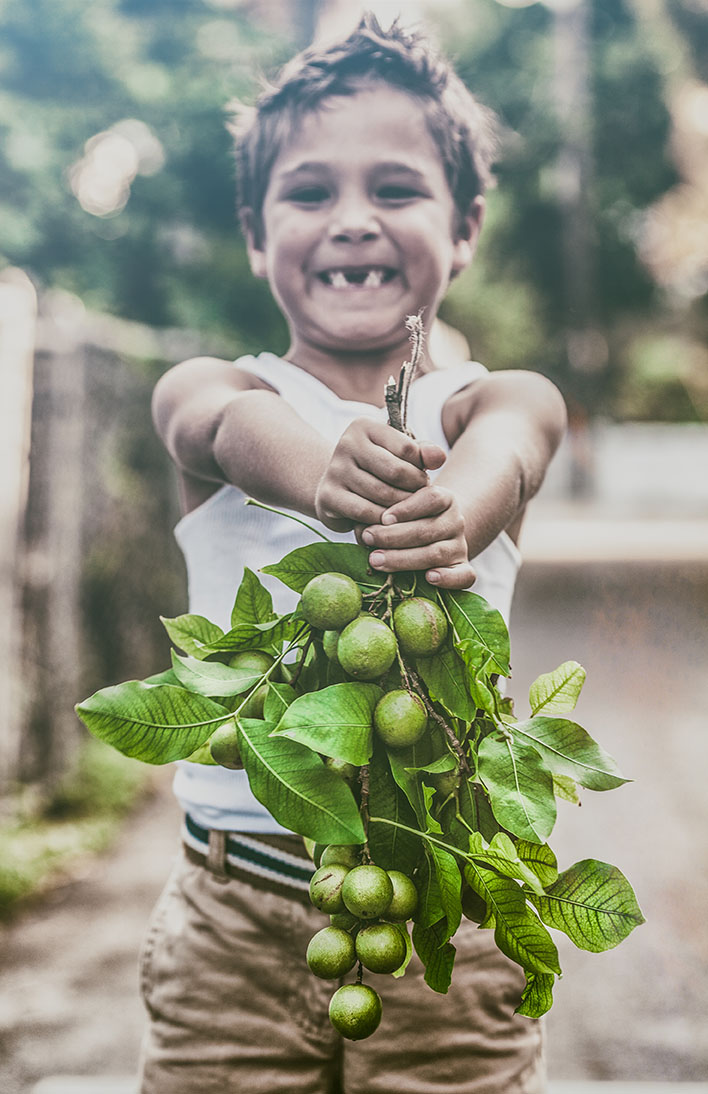 We put our hands on top of one another and smile. Go time.

Miles darts across the street as Cedric and I move to the rear of the house and get in position. Cedric signals Miles with his patented hungry seagull mating call. Miles goes into action. He climbs the fence and carves a path to the center of the yard, as we quietly make our way through the bougainvilleas and scurry to the base of the tree. Cedric laces his hands together and boosts me up into the trunk.

The pieces are all in place. Our plan is a marvel of execution and precision. I smile and extend my hand to pull Cedric up when…It all goes to shit.

I see her first. Tattered slippers step into a sliver of of yellow light spilling across the concrete, then a pink muumuu billows out like a fucking cape on a super villain. The light cuts across her face as she smiles, raises her air rifle, and nestles it into place against her shoulder. She doesn’t even bother closing her glass eye. It just sits there twinkling in the moonlight like the Terminator. She waits until Miles is past the point of no return, and whispers, “Sic’em, Bubba.”

Miles is running for his life when Bubba bulldozes him, spins around like an alligator and latches onto his shorts, underwear and all. Bubba shakes his jaws violently back and forth, as Miles frantically undoes his belt and scrambles away butt-ass naked. He runs face-first into the bougainvilleas, claws his way through and keeps on running, bare-assed and screaming, into the night.

Cedric looks up at me, eyes wide with panic. “Go!” He yells and shoves the backpack into my arms before spinning around and bolting for the fence.

Dead Eye Dottie swings the gun toward Cedric and fires. Pow! Pow! Pow! Pellets zing the air around him. He hurdles a small, concrete gnome, vaults over the picket fence and slides under the cemetery gate in one fluid motion. It’s the most graceful moment he’ll ever have.

Now it’s just me. I press myself into the trunk like I’m Arnold Schwarzenegger hiding from the Predator. Bubba’s nose sniffs the air. He turns in my direction, eyes glowing orange and hollow. My body is frozen.

Me. That fucking hell hound is smellin’ me. I have two choices. Both suck. Run or give up. Then I look up at the Spanish limes, plump and ripe.

I’m not the fastest or the best climber or even the bravest but, I’m the one here right now. This is my moment.

Bubba’s feet dig into the grass, his head cocks upward. Dead Eye Dottie raises the pellet gun, she can’t see me but her Spidey senses are tingling. I look back at the fence. Then at the Spanish limes. It feels like all the moments in my short life have led here. My face breaks into a crazed smile and I howl to the moon.

“Fuck you, Dead Eye Dottie!” I bellow and bolt up the tree, branch over branch, climbing as fast as I can.

Bubba breaks into a full sprint. I rip Spanish limes off the branches, shoving them anywhere I can. Down my shirt. In my shorts. My underwear. I. Do. Not. Give. A. Fuck.

I pop one in my mouth, nothing will ever taste sweeter. I laugh, sweet juices bursting in my mouth. Pow! A pellet zoomed past my shoulder. I throw myself higher. Spiderman ain’t got shit on me. Pow! Pow! Pow! The last one tears through my calf. I don’t care. It’s a battle scar I’ll proudly wear.

I straddle the largest branch and look down the tunnel. It’s 20 yards long and 20 feet over the ground. Let’s roll.

Pow! Pow! Pow! Below me Bubba jumps up and down, jaws snapping, slobber flying. Pow! A pellet crazes my ear. Fuck that old witch can shoot.

I let the Force guide me across shark infested waters as a homicidal abuela tries to shoot my eye out with a pellet gun.

I couldn’t be more alive.

The end of the branch rushes toward me, there’s no turning back now. I throw myself forward, grab my sack, say a prayer to Saint Lazarus, and jump.

I tumble through the moonlight, wild and crazy and young.

It’s the most perfect moment of my life. 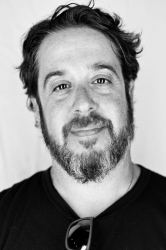 Michael Marrero
Michael Marrero is a Cuban-American artist playwright, and filmmaker. His award winning short films Buzzcut and Riley Was Here have been showcased in over 100 festivals worldwide. He is the author of several original plays and has productions at Guild Hall Center (NY), Repetorio Español (NY), Teatro de Centre (Havana), and the Studios of Key West (FL). His original play, Locura, was part of a historical theatrical exchange between Cuba and the United States. Recently his project, Orisha: The Lost Saints, was awarded a prestigious Knight Foundation Grant and officially selected to be exhibited at the 2021 Havana Biannual. 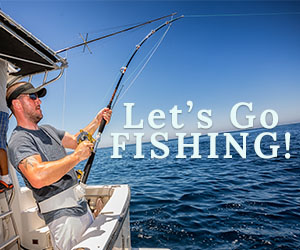 Local since 1974, we facilitate authentic and compelling guest experiences emphasizing the natural world, art, music, food, history, and local characters. We provide premium concierge services, and serve as market-maker for a select pre-screened portfolio of the island’s best guest activity providers. We have a commitment to quality and manage a full-service local concierge call center providing personal guest support from 8am to 8pm every day.